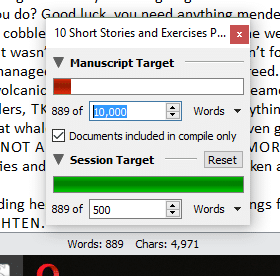 A new day, a new story. Before I sat down to write this I had no idea where it would be set, or even who would be the lead character (I had three choices) but, like so many other times, the very act of putting down words on a document coaxed it all out.

Now I know the setting, the characters, the plot. I know that it will be a tale with terror, with a strong supernatural element, as well as music and story, a city that is grey and dark and wet. A volcano rising above all. This is a tale of the north, a port city, where worlds meet and all is available to purchase.